Jeffrey Burch received a BA in biology from the University of Oregon in 1975, after which he trained at The Dr. Ida Rolf Institute® in Boulder, Colorado, receiving his Certification as a Rolfer in 1977.

He first practiced Rolfing® Structural Integration in London, and later in Seattle and Honolulu before returning to his native Eugene, Oregon, in 1989. At the time he was in London there were only a half dozen Rolfers in Europe. He accepted invitations to Rolf groups of people in Oslo, Stockholm, Trondheim, and Tehran. He now lives in Eugene Oregon and practices and offers continuing education classes in both Eugene and Portland, Oregon.

Jeffrey Burch received his Rolfing Advanced Certification in 1990, after which he again began studying at the University of Oregon where he received a second BA in Psychology in 1993 and a Master of Science in Counseling in 1995. His Masters thesis “Alexithymia and Dissociation” explores topics related to psychosomatic conditions.

Starting in 2010 he began to develop groundbreaking new methods to assess and release adhesions and contractures in joint capsules, bursas, and tendon sheaths. In 2015 he began to teach these methods to other therapists.

The International Alliance of Structural Integrators (IASI) is an umbrella organization and certifying body for several quality schools of structural integration. Jeffrey was the founding editor of the annual publication of IASI – The Structural Integration Yearbook, and he presents at IASI conferences. Eligibility for membership in IASI is a prerequisite to take Jeffrey’s course series Visceral Manipulation for Structural Integrators.

Jeffrey Burch has written articles on the history of manual therapy, Visceral Manipulation and how to integrate both Visceral Manipulation and CranioSacral Therapy into structural integration practice. These articles have been published in Massage & Bodywork Magazine, Tensegrity News, The Journal of Structural Integration, and Massage Therapy Journal.

He regularly leads webinars for other manual therapists through SIConnect.us

[The following articles are in PDF format and require Adobe’s Free Acrobat Reader. ]

Roots, Flowers and Pollen: An Historical Outline of Manual Therapies 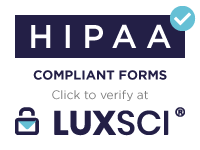